Even though the likelihood of having an Ebola patient on hospice is unlikely because of the swiftness of the disease and the need to be quarantined, all healthcare workers should still be informed about the disease and how to prevent transmission.

The first death from Ebola in the United States occurred last Wednesday, October 8, 2014, at Texas Health Presbyterian Hospital Dallas.  The patient was from Liberia where he was “screened” by questionnaire and did not answer a question or questions accurately.  He was permitted to board a sequence of flights to the United States although he did not have symptoms at that time.  He arrived in Dallas on September 20, 2014, and started having fever, headaches, and abdominal pain a few days after arriving.  He went to the Dallas hospital emergency room on September 27th but was sent home.  He returned to the hospital by ambulance the next day as his condition continued to deteriorate.  He died on October 8th after being kept in isolation.  On October 12th, a nurse who treated the patient was diagnosed Ebola.  It is the first known case of Ebola being contracted or transmitted in the United States.

Ebola is a virus that spreads through close contact with a SYMPTOMATIC person’s body fluids.  According to the Centers for Disease Control (CDC), the infected person must have symptoms in order to spread the disease.  Affected body fluids include blood, sweat*, vomit, feces, urine, saliva, and semen.  For those in close contact with a symptomatic Ebola patient, the virus (in body fluids) can enter through the skin, a cut or scrape, by touching the nose, mouth or eyes with contaminated hands, or by being splashed.  Ebola cannot be contracted through airborne transmission, but if an infected patient coughs or sneezes and the droplets make contact with the eyes, nose, or mouth of a person within three feet, there may be potential for transmission.  Healthcare workers treating Ebola patients must wear full personal protective equipment (PPE) above and beyond the standard universal precautions protocol:  biohazard PPE or hazmat suits that cover every inch of skin.  All parts of the healthcare worker’s body must be covered to have contact with an Ebola patient.  After an Ebola patient develops fever, symptoms quickly follow which includes projectile vomiting and explosive bloody diarrhea which can get on surfaces in the environment as well. The infected person must be placed in isolation and quarantined.  Exposure to the virus and further transmission can be prevented using the highest level of STRICT infection control precautions.  The World Health Organization (WHO) says blood, feces, and vomit are the most infectious fluids.  The virus is found in saliva once the patient becomes severely ill, but the whole live virus has not yet been isolated in sweat.*  Monitoring for those in contact with Ebola patients will likely become mandatory with “restricted movement” (commercial travel, visiting places with large populations such as a mall, schools, workplaces, etc.) enforced to contain the spread of Ebola.

The normal incubation period for Ebola is from 2 to 21 days (subject to change), and the average is 6 to 10 days..  According to the CDC symptoms include:

Because there is no approved vaccine or medicine to prevent or treat Ebola, the following basic interventions can improve the patient’s chances for survival:

Trials are underway at the National Institutes of Health (NIH) for treating Ebola, but the availability of new drug treatments must be tested in human trials before becoming approved.

Recovery from Ebola depends on acting fast and good supportive clinical care as well as the patient’s immune response (Ebola can spread too fast in the body for some people’s immune system to fight off). People who recover from Ebola infection develop antibodies that last for at least 10 years.

For more information on Ebola go to the Centers for Disease Control (CDC) website using the keyword “Ebola.”  Guidelines for healthcare workers are provided and the buddy system is recommended to observe proper infection control protocol.

10/16/14 Addendum:  As the U.S. Ebola crisis unfolds daily and even hourly, an added precaution to note is as follows:  Upon presentation to a healthcare facility, the symptoms of Ebola are similar to many other conditions and diseases.  One of the critical factors in screening for Ebola before a diagnosis has been made is to determine whether the patient has recently been to regions of Ebola-affected areas of West Africa – particularly Liberia, Sierra Leone, and Guinea.  There is much debate going on at present about the need for travel bans and/or restrictions from those areas.

Please note that the information above is subject to change as more information is gathered in the days, weeks and months ahead. 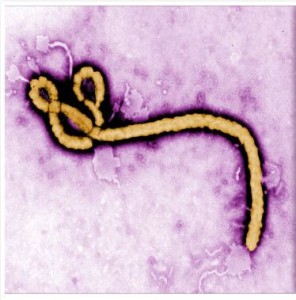