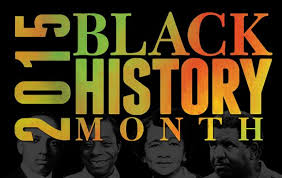 In 1915, Harvard-trained historian, Carter G. Woodson, founded the Association for the Study of African American Life and History (ASALH), formerly known as the Association for the Study of Negro Life and History (ASNLH).  He strongly believed that reason would prevail over prejudice, and hoped to raise awareness of African American contributions to society and civilization.  His organization conceived of and announced the first Negro History Week in 1925 (the event was first celebrated in February 1926).  The response was so overwhelming that black history clubs sprang up; teachers demanded materials to instruct their students; and progressive whites, not simply white scholars, stepped forward to endorse the effort.

By the time of Woodson’s death in 1950, Negro History Week had become a central part of African American life, and it has continued to grow.  It expanded considerably in the 1960’s with the Civil Rights movement, and the importance of black history to the American culture.  In 1976, during the nation’s bicentennial, the celebration was expanded to the entire month of February.  President Gerald Ford urged Americans to “seize the opportunity to honor the too-often neglected accomplishments of black Americans in every area of endeavor throughout our history.”  Since then, each American president has issued African American History Month proclamations — and the ASALH continues to promote the study of black history all year round.